Glewstone Court in Herefordshire is a building of historical significance listed on the English Heritage Register. It was built for Charles Ballinger, a wealthy landowner from Chalford in Gloucestershire and is now a country house hotel providing accommodation and catering for special events particularly weddings and family celebrations.

House. Late C18 with substantial late C19 additions. Squared sandstone, partly rendered with limestone dressings; Welsh slate and concrete tiled roofs with brick stacks. Roughly rectangular plan aligned north-north-east/south-south-west with C19 cross-wings to each end and garden front to east.
Two storeys and attics. East elevation has 2:5:2 windows: one large mullioned window divided into casements to left gable, glazing bar sashes to centre and two casements each of two lights to right gable. Both gable fronts have ground floor bay windows with mullions and transoms each of four lights, quoins to their corners and gables in the form of open pediments that to the right containing an oculus. Centre part has porch, with Tuscan Doric columns, frieze and cornice, containing fanlight and 6-panelled door. Attached to south-west corner is a late C19 two-storey wing, the upper floor of which was a billiard room. Interior has late C18 to early C19 cantilevered staircase with stick balusters and mahogany hand-rail which curve up to oval balustered gallery beneath enriched plaster ceiling on first floor. Several 6-panelled mahogany doors on ground floor. Principal north-east ground floor room contains late C19 fireplace with twin Ionic pilasters to each side, egg-and-dart cornice and swags. Billiard Room has braced collar trusses and original scoreboard.

In 1731the Guy’s Hospital estate purchased Glewstone Farm, then in the parish of Goodrich. In 1754 it was leased to William Watkins with 39 acres, and in 1807 Guy’s Hospital sold the Farm to Mr Braithwaite. Around 1816 it was combined with Thomas Addi’s land formerly belonging to Thomas Miles to form an estate of 100 acre

Charles Ballinger was born in 1773 in Bisley in Gloucestershire, a Justice of the Peace and prominent figure in Herefordshire. He built his Regency house on the site of a former building by adding two wings, installing a fine curved staircase, delicate sash windows and reeded architraves, all characteristic of this period. The original house can be envisaged in the cellars and north wall of the present house. His father was a wealthy clothier from Chalford who established a Trust for the benefit of the poor. When his father died in 1798 Charles inherited a substantial fortune. In about 1805 he built Skaiteshill House in Chalford which still exists today.

In 1816 at the age of 43 he married Sarah Jones daughter of Edmund Jones of Poulstone Court in Herefordshire which still exists today. The couple had no children but one of their nephews Walter Ballinger lived nearby in Ross at Weir End Cottage.

In 1825 Charles acquired Great Brampton House in Madley and moved there leaving his Glewstone Court estate tenanted to Richard Jones and later to William Street. William farmed 115 acres living at Glewstone with his wife and son during the 1940’s, looked after by 4 house servants.

Charles and Sarah stayed at Great Brampton House for the next 25 years. Charles died in 1851 and Sarah died in 1860. They were buried in Goodrich Church and there is a memorial plaque on the north wall of the Church. 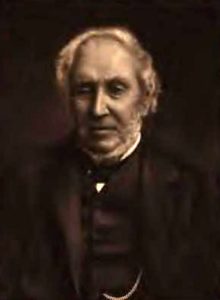 Lieutenant Colonel Basil Jackson came with his wife Frances to live at Glewstone Court in about 1858 shortly after his retirement from the military. He remained there for the next 16 years.

Basil Jackson was born in Glasgow in 1795. He was the son of Major Basil Jackson who was in the British Army. He graduated from the Royal Military College in 1811 and was promoted to Lieutenant soon after.

He fought in the Battle of Waterloo and afterwards he was sent to St Helena with Napoleon Bonaparte to assist with the living arrangements for the Emperor’s exile. It is this part of his life that was the most colourful and he wrote several books about this time. He was only 19 years old but he spoke fluent French and was therefore considered to be a very suitable to liaise with Bonaparte. He is mentioned frequently in the books that have been written about the Emperor’s exile on St Helena.

His duties on the island were to supervise the living arrangements at Longwood House which was the residence of Napoleon. He was a watercolorist and while he was at St Helena he painted Longwood House. He was at St Helena for four years leaving in 1819 before Bonaparte died. In 1828 he married Frances (Fanny) Muttlebury and the couple had several children. One of their daughters Charlotte remained single and lived with her parents at Glewstone Court. In 1874 the Jacksons left Glewstone and went to live in Hillborough House in Ross-On-Wye. Basil died in 1889 at the age of 94 years and was buried at Goodrich.

Charles Harrison was born in India in 1836. He entered the Indian Army at the age of 18 and fought in several wars including the Persian and Abyssinian Wars.

Charles Henry Harrison came to live at Glewstone Court in 1875 at the time of his marriage. His wife was Sarah Maria Ballinger, the only daughter of Walter Ballinger and the sole heir of the Glewstone Court estate. This couple enhanced the property by adding the bay windows to the morning room and the drawing room and adding the chapel above an earlier outhouse which later became the billiard room. The Harrison’s left Glewstone in about 1885 and moved to Kenilworth in Worcester. He died in 1894 at the age of 58 and Sarah died in 1899.

In 1922 George Jackson, the fruit grower and Liberal MP for Hereford was recorded at the Court and during the 1930s Sir Harry Percival Densham and his wife were in residence. At this time further alterations were made to the interior of the house, but after his death in 1933, Lady Densham moved to Hoarwithy and the property was offered for sale with 43 acres.

During the 1930s and 1940s Eric Wellington Ward Bailey moved into the Court where he trained racehorses. He also built the swimming pool, reputed to have cost £5,000.00 which was an astronomical sum in those days. 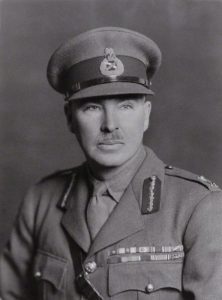 One of the most distinguished residents of Glewstone court was Lieutenant General Sir Francis Nosworthy (1887-1971). He and his wife Audrey came to Glewstone Court shortly after his retirement in 1945 and remained there for the next ten years. He was Commander in Chief of West African Command during World War II.

Pre 1961, the farm buildings and 40 acres were sold and Glewstone Court was converted into a Country Club with a residential and liquor licence. The Court reverted to being a private residence in 1972 until 1987 when Christine and Bill Reeve-Tucker moved from Ross-on-Wye and opened Glewstone Court Country House Hotel and Restaurant which they ran for 27 years until their retirement.

In 2014 Gary and Karen Homewood returned from Northamptonshire and acquired the Glewstone Court Hotel & Restaurant from Bill and Christine and continue to run it as a Hotel, Restaurant and Events venue with their family.